The biggest strength of our country is the rich cultural and ethnic diversity that is unparalleled in the world.  We as a nation are home to almost every religion and ethnic group that has faced marginalization in their home country.  From the vibrant Parsi community that arrived from Persia to Jews who landed from Baghdad to the small ethnic Chinese and Armenian communities of Kolkata, we have embraced all. But somewhere along the way we have forgotten about our own tribal communities sprinkled in the remotest areas of the country from the dense forests of Northeast to the coastal areas of Gujarat and many other small marginalized populations in places like Bastar, Karnataka, Kerala etc. 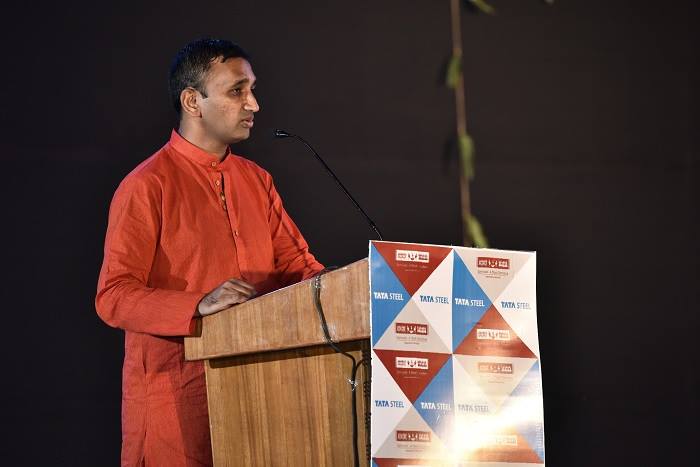 So I was happy to learn about Samvaad, an initiative by Tata Steel as part of their CSR or Corporate Social Responsibility in Jamshedpur to connect with our own tribal communities. Samvaad as the initiative is called is now in its third year and this year the focus is on Tribal Health. As our tribal population lives in remote areas with the bare minimum to the best and zero healthcare facilities available in the worst case scenario it makes sense to focus on Tribal Healthcare. 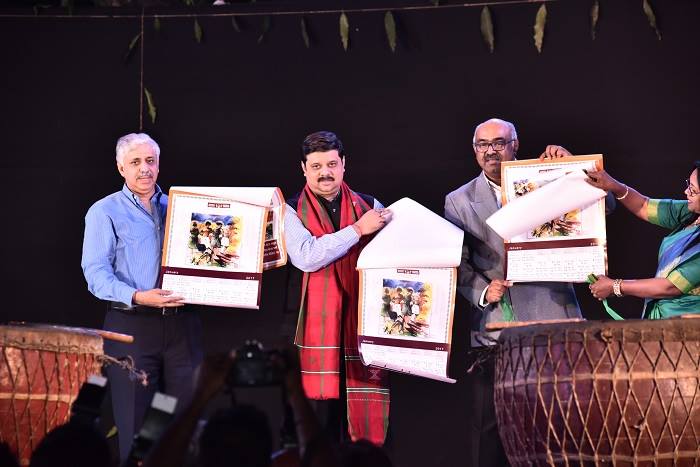 The conclave will draw ethnic healers and ethno-botanists along with other experts who will be participating in panel discussions on Tribal Culture. Various topics ranging from ‘Anaemia and its solution’, ‘Tribal medicinal system’, ‘Capacity building for tribal health care’, ‘Tribals and their relationship with forest’ will be some of the absorbing topics of panel discussions.

Indeed we have a lot to learn from these ecologically sensitive communities who have generations of wisdom about the forest and produce that needs to be carefully documented and preserved for the future generation. 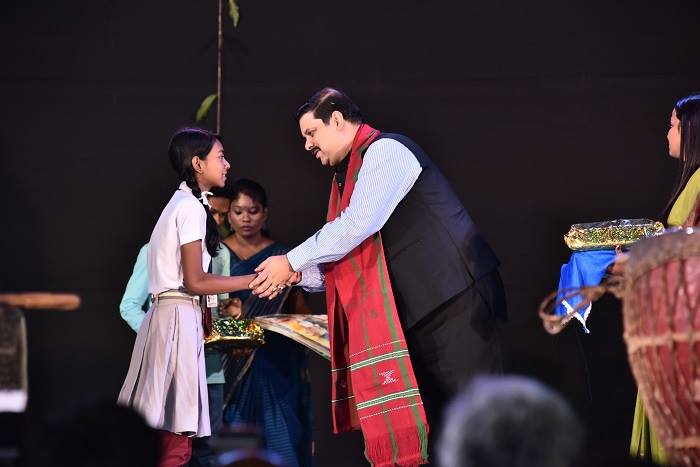 Recognizing talent at a young age helps to nurture them for future – Mr. Chatterjee awarding one of the winners at the sit and draw competition

Often the voice of tribal communities are ignored in so-called mainstream society and media but Samvaad will welcome a variety of tribes from all over the country to participate, discuss and deliberate on tribal culture, its heritage, survival strategies and its convergence with the modern and mainstream culture; it is an ideal platform for the tribal population to present their views and exchange ideas.  During the conclave tribes from Nagaland, Chhattisgarh,  Gujarat etc. are participating and not only showcasing their cultural richness but also sharing their traditional wisdom on health systems 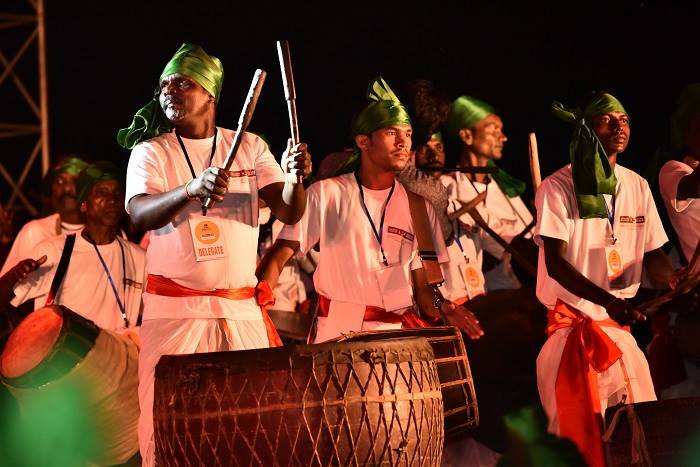 Opening Ceremony of Samvaad – A Tribal Conclave by Tata Steel 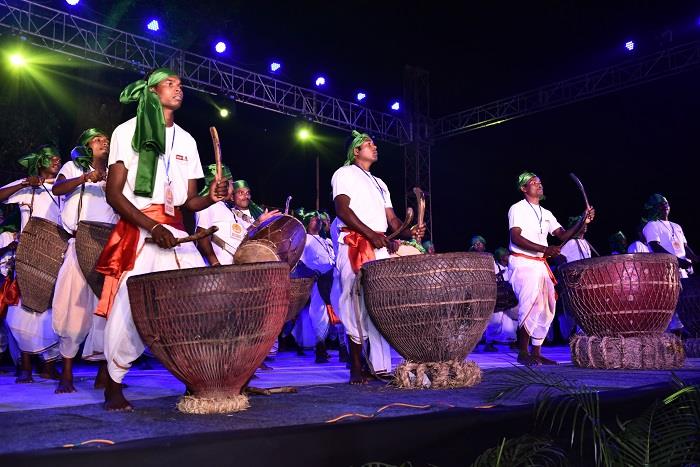 Opening Symphony of 151 Nagaras by Santhal and Ho tribesmen

Some of the  Highlights of Samvaad 2016

An opening symphony of 151 nagaras, by groups of Santhal, Ho, and Munda tribesmen, formally launched Samvaad 2016.  A total of five Padma Shree awardees to grace the event and share their expertise at the panel discussions on Tribal Perspective of Development and Tribal Health Systems. In a unique initiative, modern medicine will share the platform with over 250 traditional healers at Samvaad 2016 and exchange dialogue. There is also a  Tribal fashion show being choreographed by the students of NIFT. 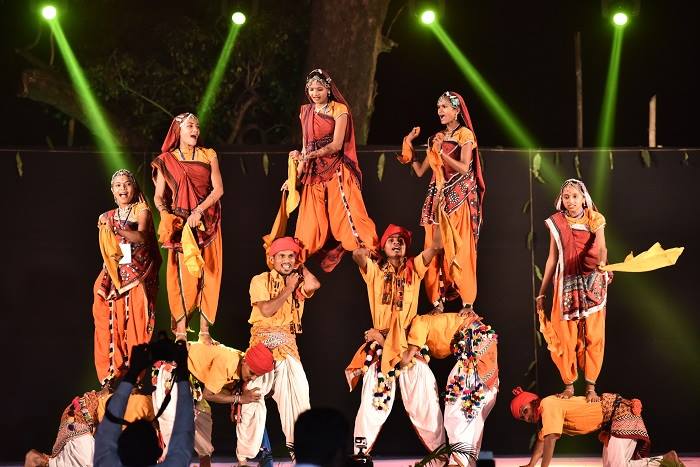 Various tribes from different parts of the country  are participating in the fashion show to be held on the last day of Samvaad, this should help in bringing some of the textiles produced by tribals on the fashion scene. 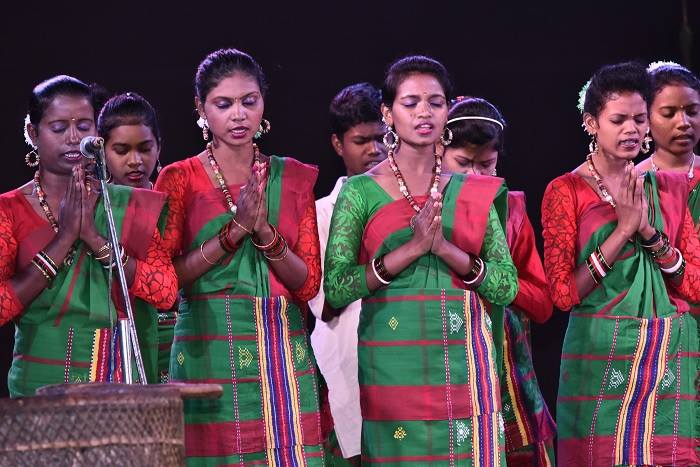 Adding vibrant hues to the conclave, there will be a Tribal Fashion Show on November 19, 2016, with tribes donning their multi-colored traditional attire as show stoppers. This year, for the first time, Samvaad will stage a live performance of tribal fusion music. These tracks will later be presented on different forums. 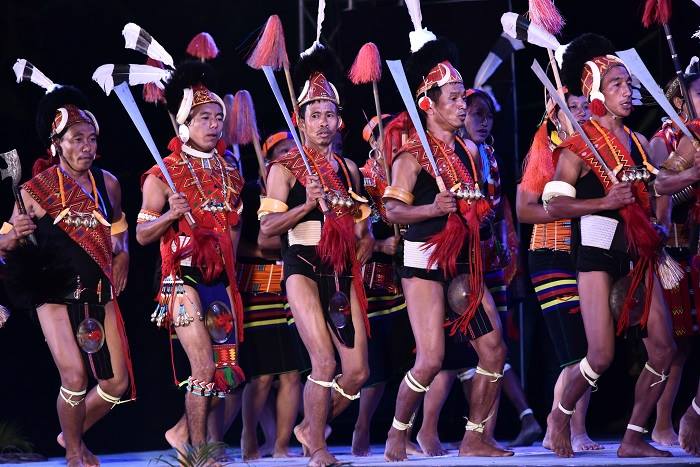 Konyak Tribe of Nagaland in their traditional dress

6 Responses to “Samvaad A Tribal Conclave by Tata Steel”