While I was walking on the beach in Pondicherry just outside of our hotel I found this small shrine,. This was nothing more than a small hut with a few small idols makes by local potter and a few of them were outside the hut. Some of the idols had broken heads, and it was clear that nobody is taking care of them.

I was wondering about  the small shrine in the hut, so I started asking about the same to find something more. One of the managers at the hotels who have worked there since beginning informed me that in the 2004 Tsunami a lot of people died in the area. Even after that storms and cyclones etc have devastated the coastal area but the people have to continue with their life as fisher men. 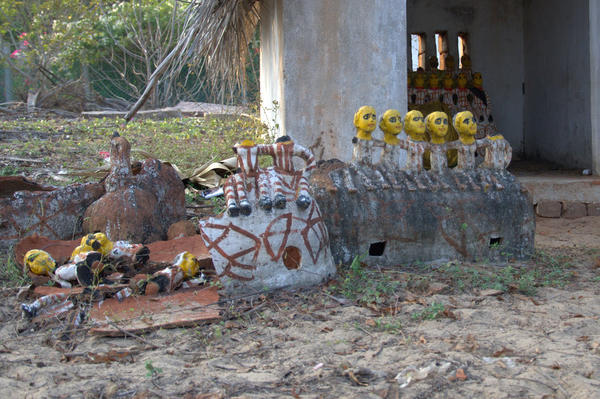 A Shrine in memory of those who died in Tsunami

This small shrine was made in memory of those who were taken away by sea, to offer prayers for their souls.  This is the harsh reality of the coastal belts of India, our fishermen still continue to go to sea without any proper GPS and modern navigation system and are always at risk of losing their life. In fact when I looked around I could see destruction around me even after all this time a lot of dead trees were slowly decaying and going back to soil one atom at a time to be recycled back by mother nature.

I silently wished for the peace for those who have died and hoped that the mighty ocean will not be angry anymore and come to take more people who live on its shore and are dependent on it for their livelihood.

Thanks for reading, would love to hear your comments on the same. If you have liked reading the post do share it with your friends on Facebook, LinkedIn, twitter and Google+  We will go through more of Pondicherry in the next few posts. 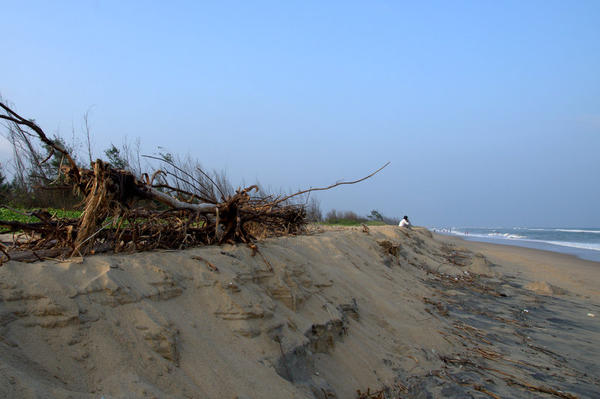 The decaying trees on a beach in Pondicherry

8 Responses to “Remembering those taken by Tsunami in Pondicherry-India”