Finding Happiness on the trip to Bhutan by Rohit Jain

Bhutan is a country that rather than measuring GDP or Gross Domestic Produce, believes in Gross National Happiness. Consider the surprise of avid traveler Rohit Jain when some folks in his group were hell bound on taking the happiness away from not just from the trip but also from the travelers and staff.

Over to Rohit where he narrates his experience traveling to Bhutan and how happiness returned to the trip to paradise: 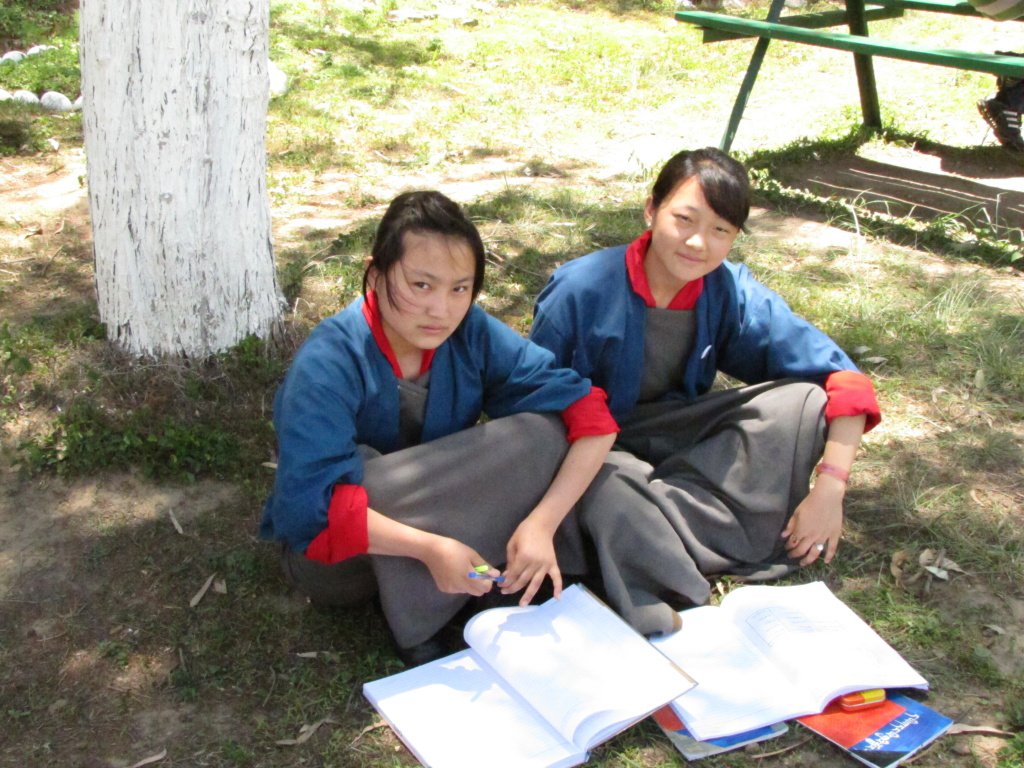 It was a magical trip to the Land of the Thunder Dragon, aka Bhutan. We were on a charter flight from Delhi that deposited us at the pretty Paro airport for a week-long trip along with dozens of other travelers on the same itinerary. On arrival, we were split into groups of 12-15 people and assigned a mini-bus and an official Bhutanese guide that would stay with us throughout the trip.

After a couple of days exploring Paro and its surroundings, it was time for the next leg. We took a leisurely drive from Paro, passing through small Tibetan settlements and hamlets, taking in the panoramic sights of Bhutan’s majestic mountains, and checked into our pretty hillside hotel in Punakha. The trip was going well and we were mid-way through our vacation. Quite unexpectedly, the first discordant note was struck early the next morning. 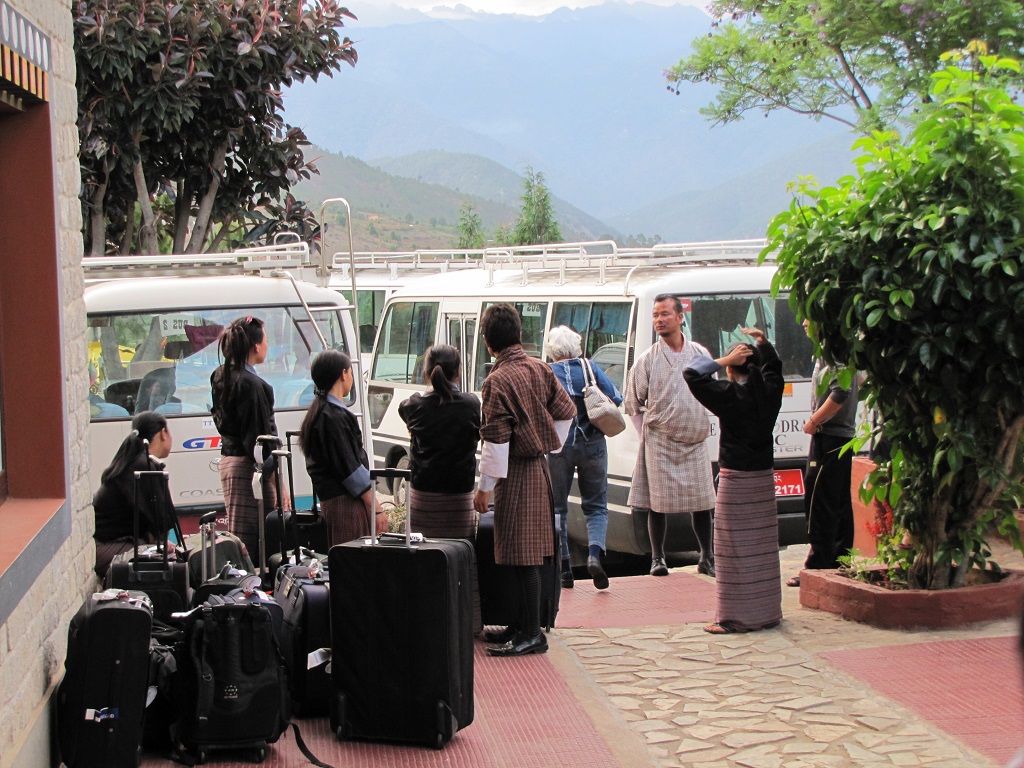 Arriving at the hotel in Bhutan

Lovely hotel with great hillside views and the entire group was at breakfast. All of a sudden, a strident, authoritarian voice broke the peace.

“Get me another omelet, and you’d better get it fast! This omelet is cold… I have half a mind to throw it at your face!“

What!!? We could all understand the desire to get hot food, but the attitude! Everyone turned in the direction of that table; there were two middle-aged couples with one ‘gentleman’ who was clearly the leader. He made sure everyone knew it too, bossing the restaurant servers who were reduced to a cowering heap, rushing around here and there to do his bidding.
“Get me some orange juice!” “Make me two toasts and butter them well!” “Hurry up, what’s the matter with you?” Breakfast was actually meant to be a buffet, but it was clear these people didn’t care since they seemed to expect to be served hand and foot.

Well, I could only thank my stars this unpleasant lot wasn’t on my bus. We went our own ways and our group spent the morning exploring charming Punakha dzong (fortress), having lunch in a beautiful restaurant by a river, and finally returning to the hotel by late afternoon. It was quite pleasant so I took my kids for a little trek through the hillside trails near the hotel. Tired, we walked back to the hotel by early evening and settled down in the outdoor gazebo for a well-deserved cup of tea.

This was the watering hole where everyone flocked in the evening for tea and snacks. It was a great place to meet folks from the other groups, and share notes on the trip so far. From the way the conversation went, it quickly became apparent that the gathering comprised of several long-suffering travelers from the bus which had ‘those four people’ (let’s call them Group of Four or G4). We were regaled with tales of the all-around unpleasantness these people had created over the last three days. They bossed around everyone on the bus, they shouted at their Bhutanese guide, they fussed over every little thing and made life generally miserable for all their co-travelers.

Listening to the unending litany, one guy was eventually compelled to speak up. He looked up from his tea and simply asked “Why are you guys taking this cr@p? If I was on your bus I’d put those people in their place.” The sufferers just shook their heads and mumbled something about not wanting to take them on. They were government officials, they appeared powerful people, they were better off not being crossed, etc. Maybe everyone isn’t that comfortable dealing with unpleasantness anyway.

And then inevitably ‘those people’, viz. the Group of Four, turned up at the Gazebo for their own evening tea. The guides were hanging around outside, and the G4 leader (let’s call him Obnoxious Man) called out to their assigned guide and asked him to come closer. Without any warning, he started a tirade against this hapless man:

“You are a bloody useless guide. You’re not as good as that other guide Sajan” (the leader of the guides, whom we were lucky to have in our bus). He continued: “We don’t want to see you in our bus tomorrow morning. In fact, we will speak to the tour company and make sure you’re thrown out from your job!”

This was all too much for the poor guide, who was the youngest of the lot, and possibly the least experienced. Tears started streaming down his cheeks. All of a sudden, the air was thick with an awkward tension; no one knew what to do or say.

And just as suddenly, the guy who claimed he would put them in their place spoke up. Let’s call him the Challenger. In a firm voice, he asked Obnoxious Man  or OM a simple question
: “Why are you doing this? What pleasure are you getting in torturing this poor guide who’s just doing his job?” This enraged OM who shouted
“Who are you? You’re not even on my bus so you have no idea about this. Mind your own bloody business and stay out of it!”
To this Challenger responded rather heatedly

“I’m not in your bus yet I already know how obnoxiously you’ve been behaving. I saw you at breakfast and that was enough for me. You need to stop.”

Obnoxious Man’s face drained of all color. How dare someone to challenge him?
“Do you know who I am? How dare you speak to me like this? I’ve traveled to so many countries, I never had anyone speak to me like this in my life!”
But Challenger continued his challenge:
“All I know is that you’re just the kind of people who should stay at home and not travel. You’re a disgrace, and it’s people like you who are giving Indians a bad name outside our country. Imagine these peace-loving Bhutanese people, what impression will they carry of us?”

Quite a crowd had built up by then, drawn partly by the commotion and partly because they were all coming out for tea anyway. Encouraged by the situation, a few more people took on OM for his insufferable behavior of the past few days. Muttering dire threats under his breath, he and his group were finally forced to beat a retreat and they retired to their respective rooms.

The next few moments were magical. Conversations reached a crescendo as people discussed what had just transpired. It seemed everyone wanted to shake the Challenger’s hand, or express their admiration for what he had done. Sajan got the other guides together and they treated the entire audience to an impromptu show of Bhutanese dance and Bollywood songs. The mood was lifted, and there was a real buzz around the place that wouldn’t die down for a long time.

While all this was taking place, my better half had missed the entire show. She had gone back to our room to put the tired kids to bed for a couple of hours before dinner. When she came out, she saw the massive crowd and asked someone what was going on. To this one of our co-passengers replied:

“Oh, did you miss it all? It was really exciting! Do you know what your hubby just did?”

[ Epilogue: The Group of Four spent the rest of the trip sticking by themselves. They came out next morning, and quietly took their seats in their group bus. If their fellow passengers are to be believed, not only did they not trouble anyone, they also made a few feeble attempts at being nice 🙂 ] 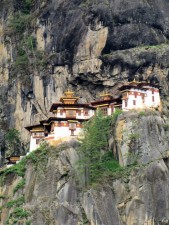 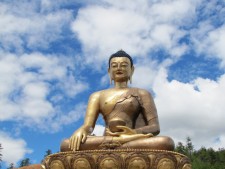 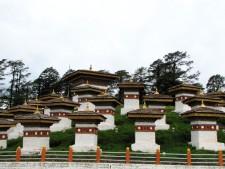 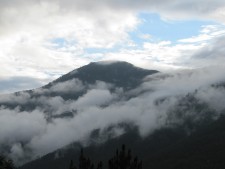 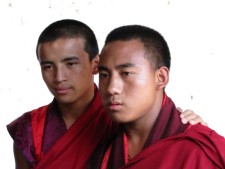 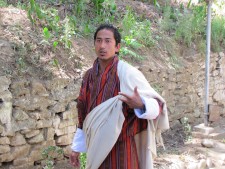 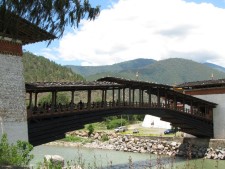 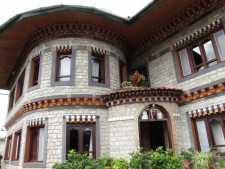 Scene of Action- The Gazebo where tea was served 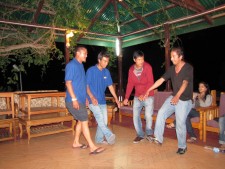 Happiness Returns to the group

Note by desi Traveler: We all know somebody like Mr. Obnoxious and his gang in this travel story from Bhutan, but we chose to ignore the same for one reason or another, while continuously sulking over their behavior and cribbing with each other. The negativity need not be just bullying and shouting it could be in many forms like gossip mongering, pestering you for favors against your will, stalking you or any behavior that makes you or people around you uncomfortable  What we need to do is face  the person spreading toxicity around so that they are aware people are watching them and their behavior is not acceptable.  Not necessarily we meet these people are on travels, they may be around you in office,  home or in friend list both real and online.  Here to wishing you only get positive people around you and to give  you courage to face and remove toxicity around you.

About the Author and Photographer: 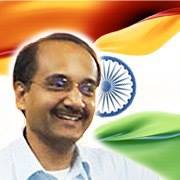 Rohit Jain is an avid traveler and photographer, who has traveled the world both for business and family trips. He is an alumnus of IIT Roorkee and IIM Calcutta. Rohit works as CIO for a well known IT company.
You can read the original post  here:  Sting In the Dragon’s Tail 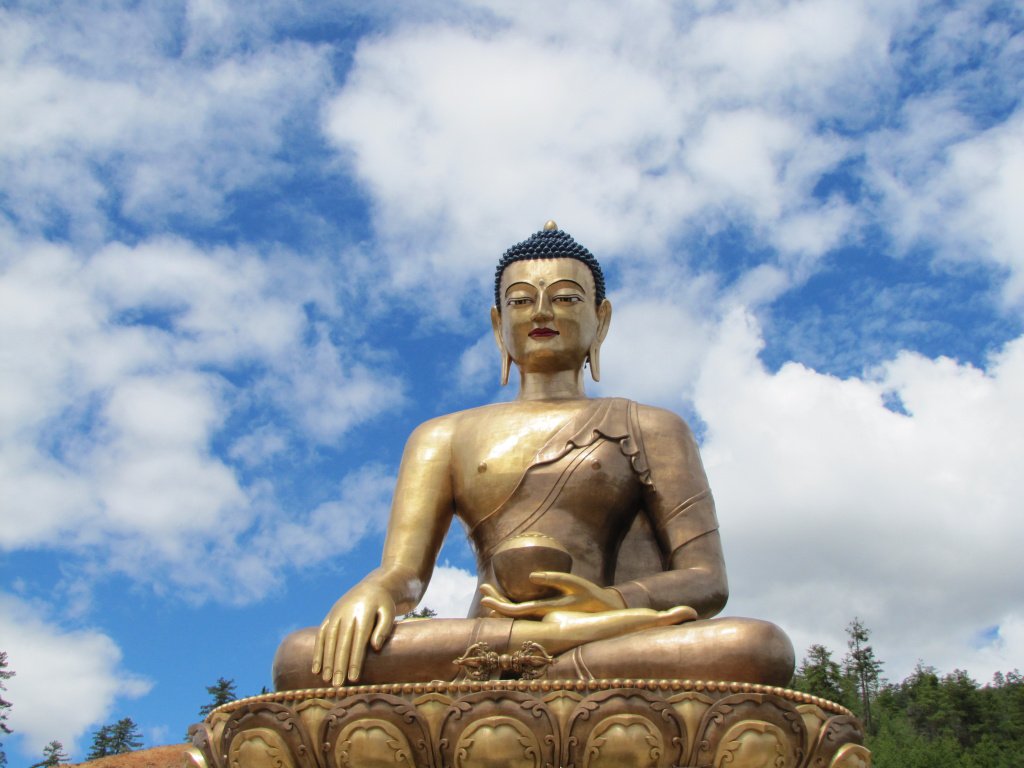