First came the collective laughter that rose above the rapturing waves crashing on the pristine Gonsua Beach, Majorda in Goa. Then came a few worried yet loving screams,” Wait, don’t go too close, don’t enter the water, let me come “

Strange are the ways in which Universe connects with you and make you realize how blessed you are. 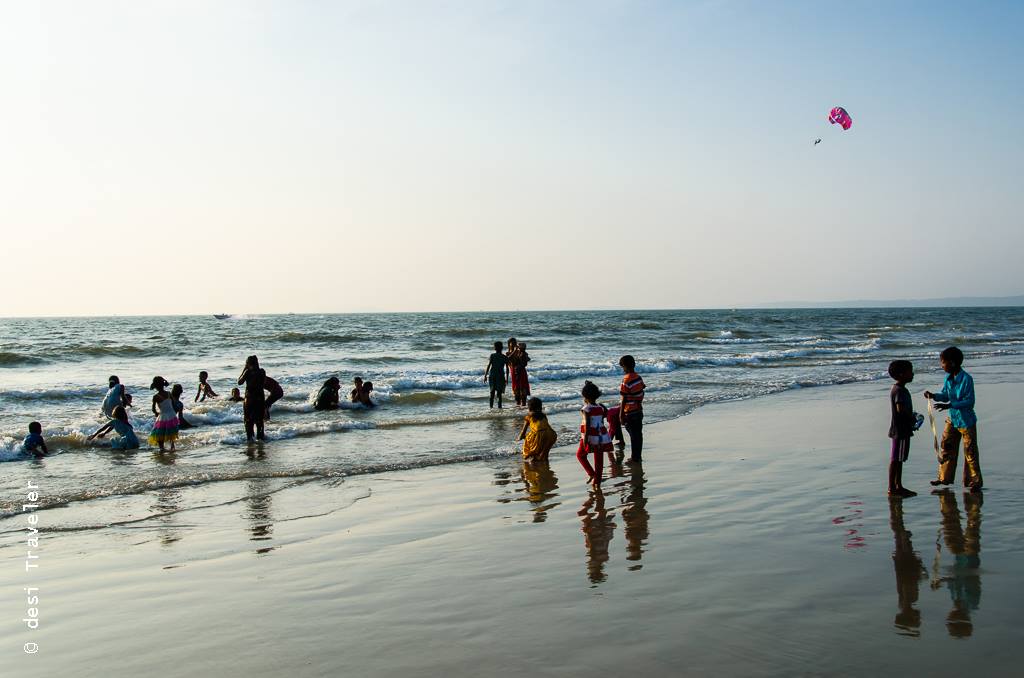 The innocent laughter of the kids played with the waves

Goa is easily one of my favorite beach destinations in India.  I have been to various places in Goa from the Churches of Old Goa to the fabulous beaches and even spice plantations of Goa.  Every time I return with bags full of things we buy in Goa. But this time I came with some special memories.  While I have written about the Zica launch function and the bloggers who attended the Zica launch in Goa. In this post about a beach in Goa let me write about some wonderful surprises I got on the Gonsua  beach in Goa. 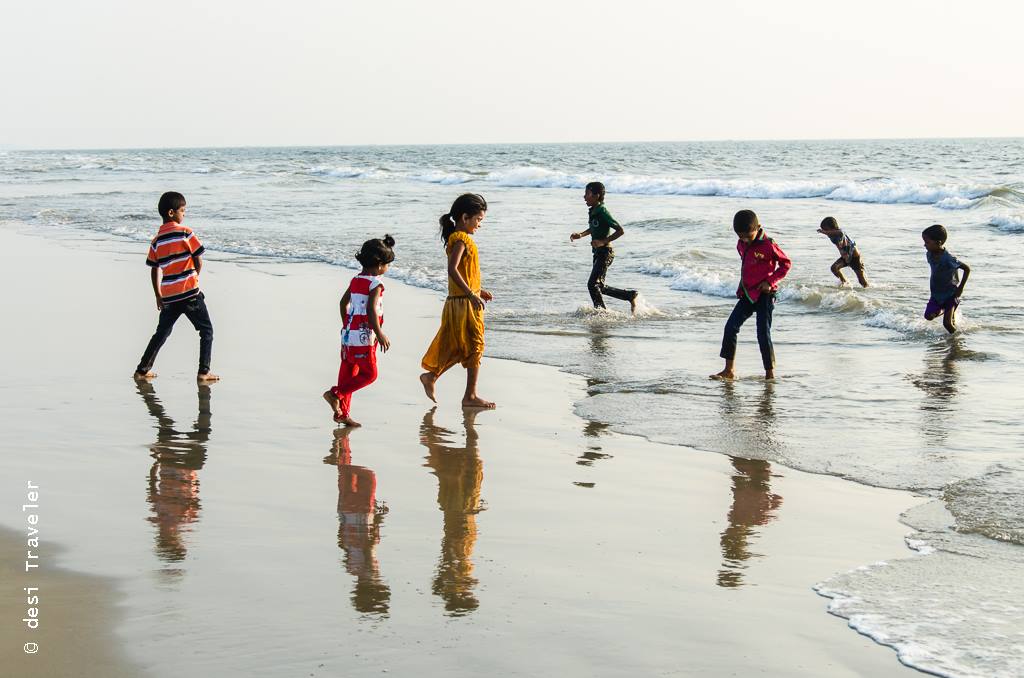 Who knows the joys of playing on a beach better than kids ?

I was strolling on the Gonsua beach in Goa trying to capture some pictures in the harsh afternoon sun and chatting with fellow bloggers who have arrived in Goa for the Zica Car launch by Tata Motors. As we captured some pictures of the action on the beach, I heard a collective laughter of about 10-15 kids who came running and without a blink entered the water.

I was both surprised as well as worried as some of these kids were less than 5 years old, but it seemed they were used to playing in the Goa sea as they were not venturing too deep and just enjoying in the shallow waters. As I was looking at the kids I realized there were 3 grownups also with them. 2 of them were locals a girl and a guy, but one of them was surely not from Goa. 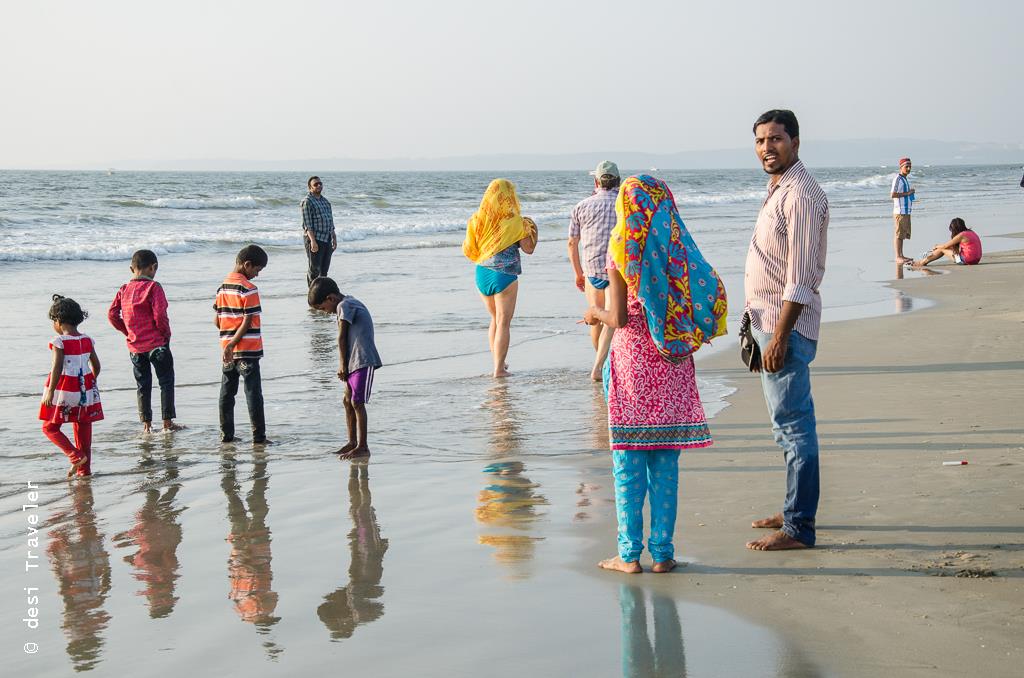 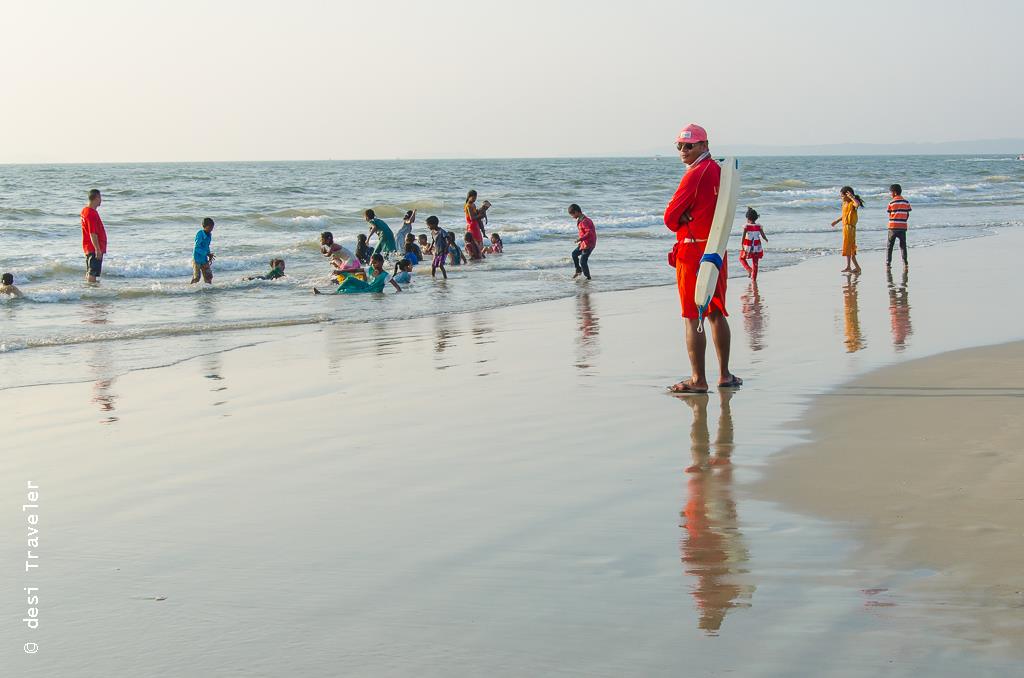 A lifeguard joined to watch the kids play in water

I joined the group and started talking to the kids and the grownups who accompanied them.  One of the guys with the group was Melody Roy from city of Joy Kolkata, a volunteer with the Stepping Stone Child rescue center a part of the El Shaddai network that runs child rescue centers, orphanages for impoverished children throughout Goa. 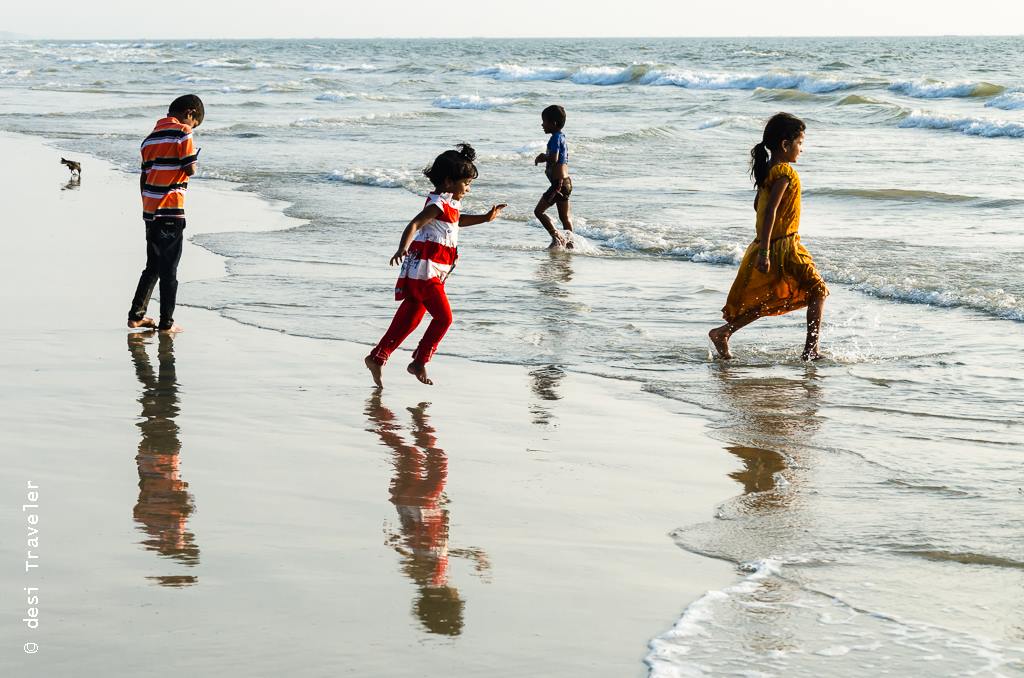 Life is a reflection on a Goa Beach

The kids totally oblivious to our conversation were busy enjoying dip in the waters as the other two grownups with them kept a hawks eye on the. Sagar a lifeguard on duty also joined and kept on whistling and talking to the kids to make sure they do not go into the deep waters. 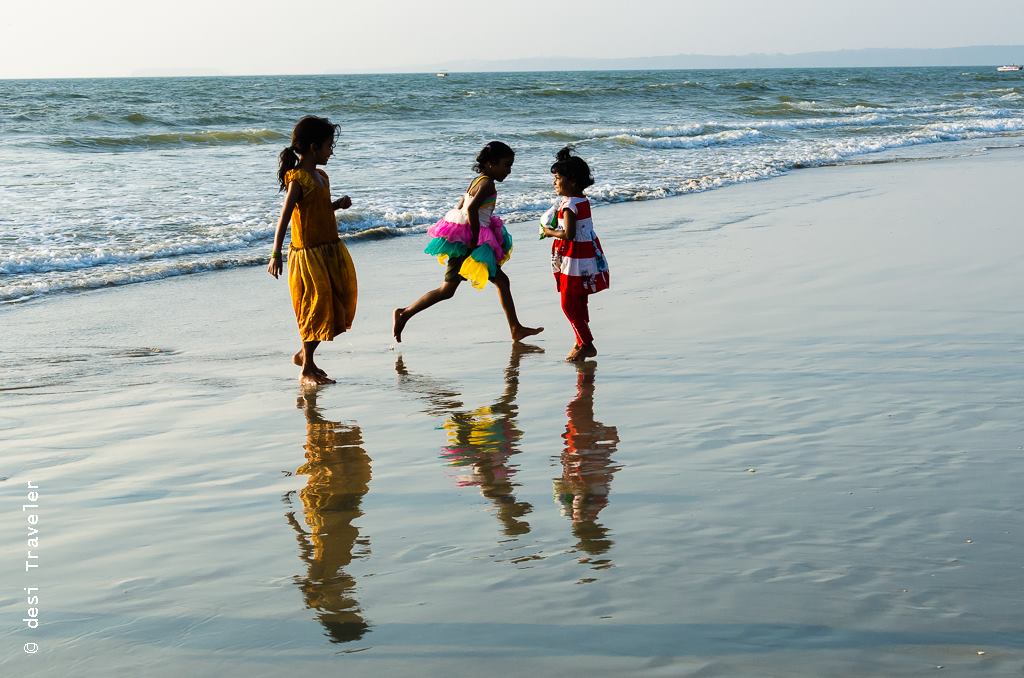 Come don’t be scared – let us play on the beach 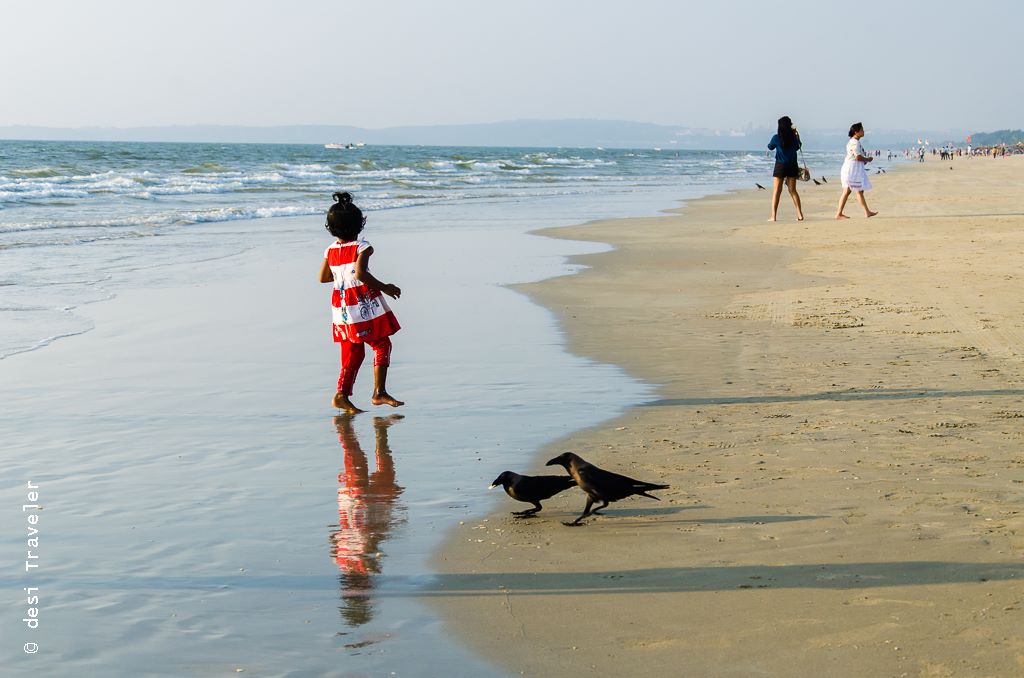 You are never alone on a beach your reflection is always with you and so are crows ! 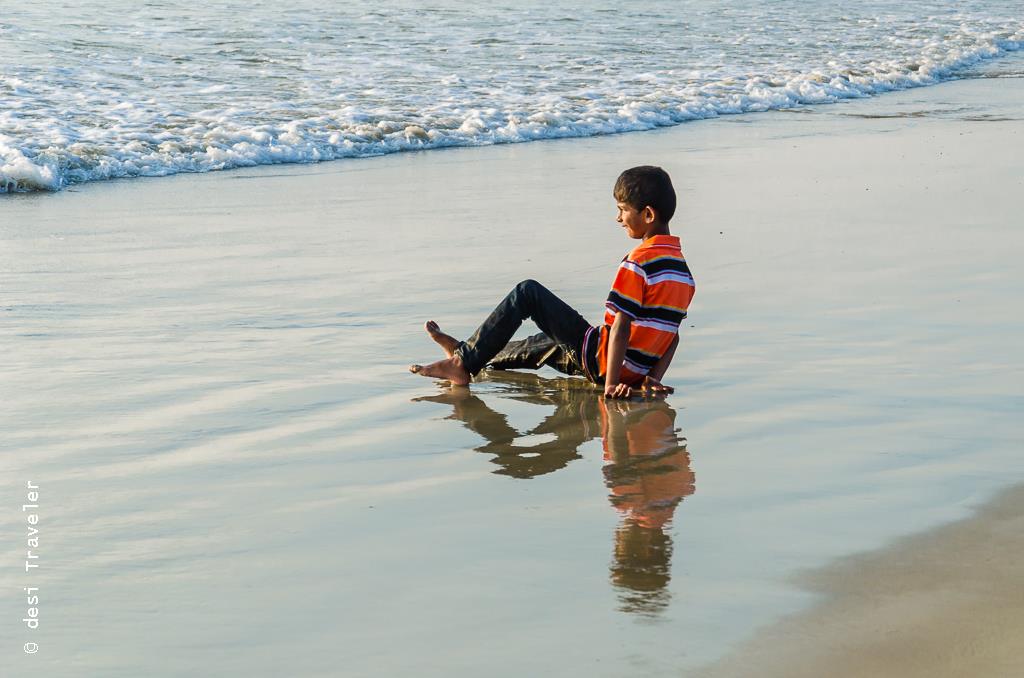 As the waves became bigger Melody wanted the kids to come out but their collective laughter by now had collaborated with the waves and rather than competing the waves and the collective laughter was now in same team and cheering each other. Poor Melody’s voice was no match to these rambunctious kids playing with frolicking waves with not a worry. These impoverished kids, some with special needs,  most without parents,  had no idea that in-spite of all the hardships they face in life they are spreading joy all around them with their pious laughter that reminded me of the sonorous sounds made by bells (you can pick if the bells are from a temple or a church I don’t care nor did the kids).

As we were all trying to get the kids out of water, something magical happened, one of the foreigners  who was watching the kids from a distance on the beach walked upto Melody and handed him a carton of ice-cream.

The kids have not asked for the ice-cream nor did they looked hungry as they were full of energy and enjoying their fun in the water , so the gentleman must have remembered his own childhood and got ice-creams for all the kids as a gift. He did not stopped to get clicked with the kids or chat with them, just handed the ice-creams to one of the volunteers and walked back to his favorite s 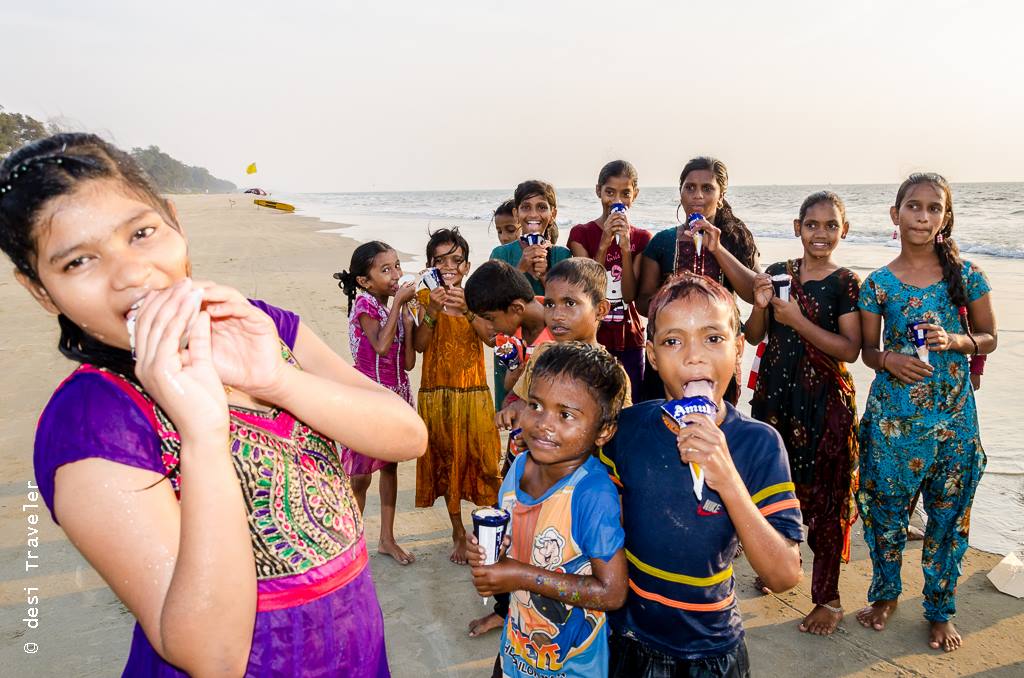 Now we had a big incentive that can make any kid get out of ocean.  We screamed to them and said“hey guys come out, we have ice-creams and they are melting”

Ice-cream is the most magical dessert for any kid no matter what part of world they come from. Soon the kids were out of the ocean and enjoying the ice-creams.  We chatted some more time and as I tried to know their names they all screamed together and I could not get even a single name in-spite of them screaming many time. You see kids may be able to sing in chorus with waves with their collective laughter, but kids with mouthful of ice-cream are not best of the speakers. 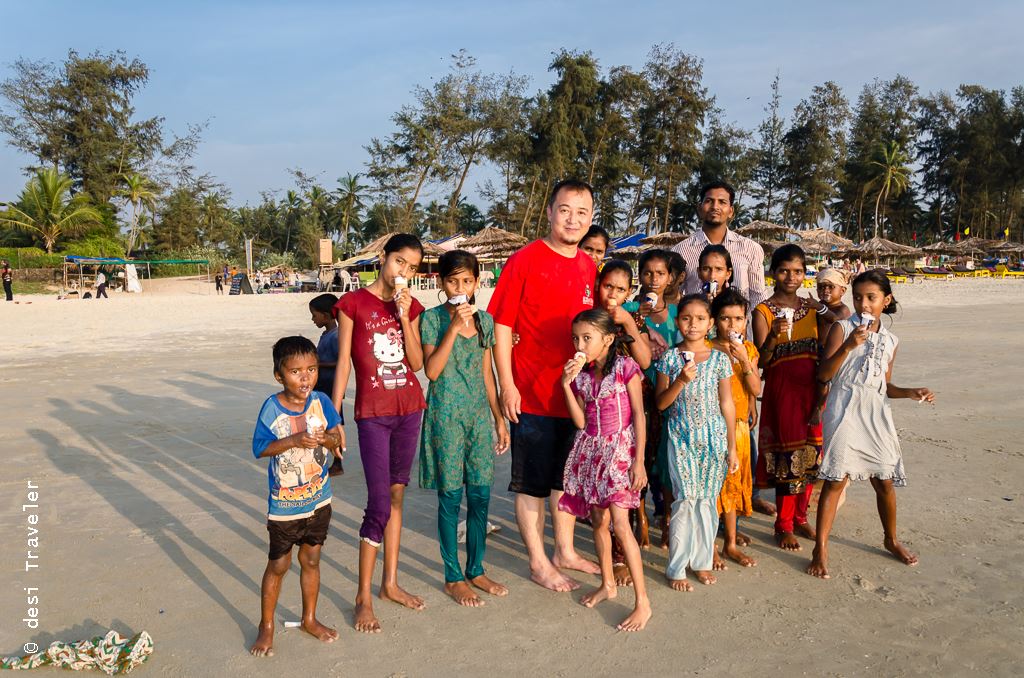 As it was getting late, we said goodbye to each other and I joined my fellow bloggers to go back to our hotel Allila Diwa for the Zica launch. But to me these kids will always stay special, in less than an hour they have shown me how to be happy, how to sing with the waves, how to enjoy an ice-cream with water dripping from your clothes. But above all I learned from them that you can be happy and spread happiness just by  your plain simple innocent laughter.

Clichéd it may sound but the Universe laughs with you when you laugh. Make a choice- laugh, spread smile, share an ice-cream and make the world a better place.

To know more about the Child Rescue Centers in Goa and to visit one of them while you are there check this image below and this link on Lonely Planet , you never know you may discover your laughter again.  I have also mapped all the Child Rescue centers operated by the El Shaddai network in Goa, in case you may want to visit one of the centers. The numbers are given in the image below the map. 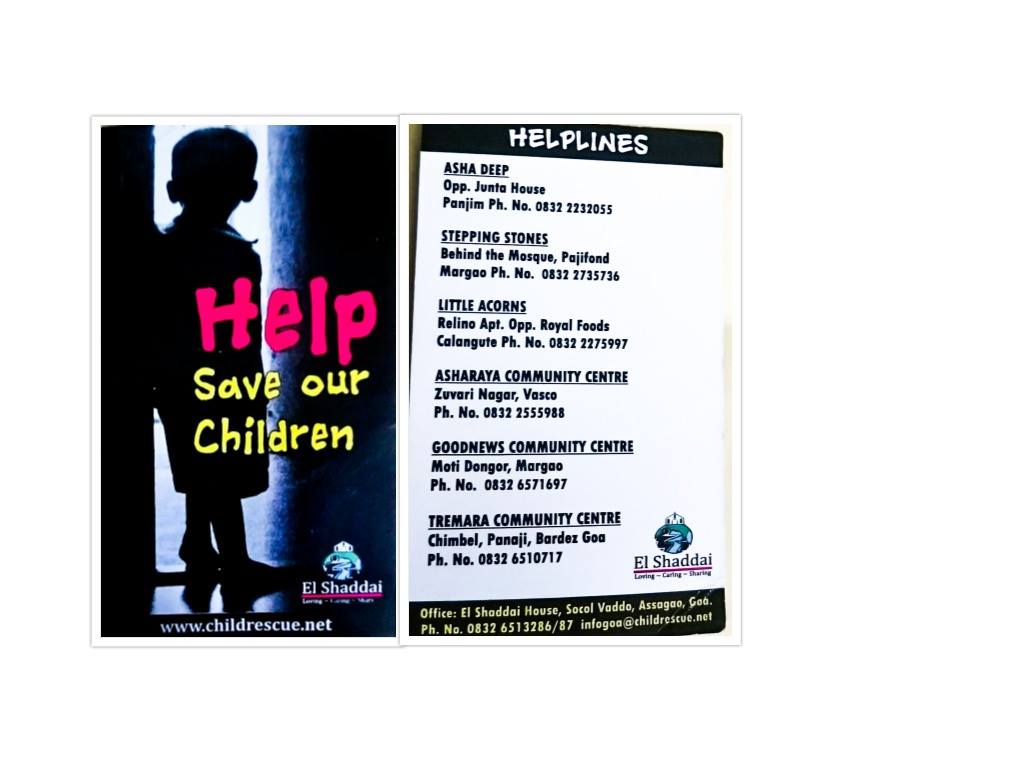 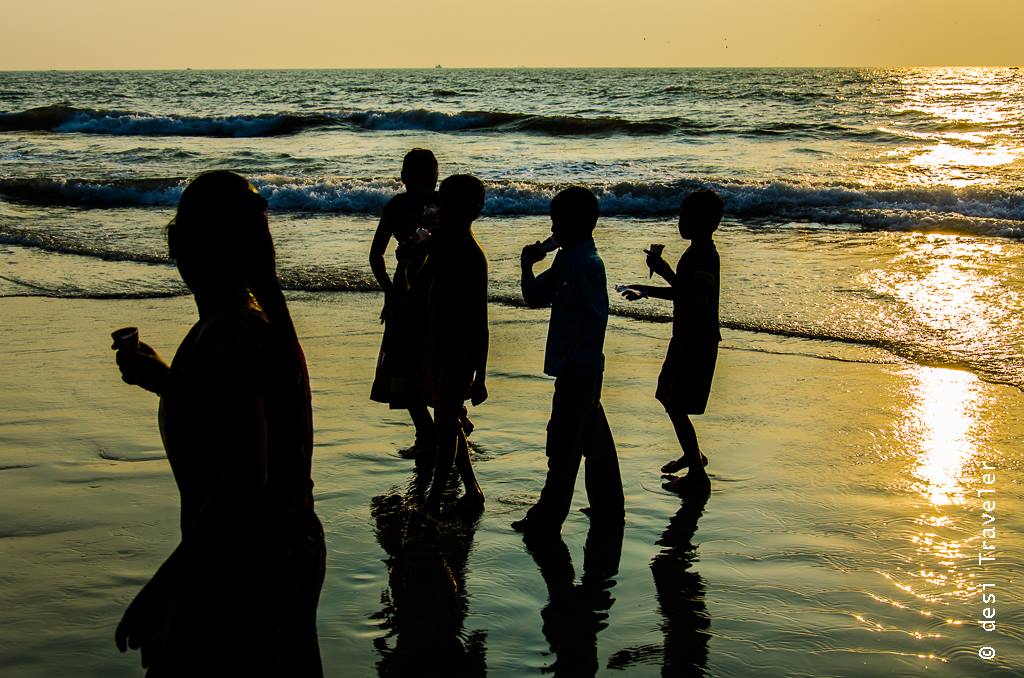 As the sun got ready to set in Arabian see, I clicked one more picture of the kids enjoying ice-cream