Ladies and gentlemen, boys and girls ( yes I know a popular airline uses this line, but remember this post is about sharing )  am I loving or what writing this monthly travel digest for readers of desi Traveler blog or what. First since now  I am consciously looking for posts for the desi Travel digest I tend to read more actively and not just a cursory glance on the post. But while the idea is to share my favorite travel blog posts from around the world, I am also trying to bring some method to the madness and not keeping madness as the method ! ( Tell me which movie this dialogue was used ? Hint – It features Irish Castles and some legal action ) .

Like I said last month also as of now: The only criteria for picking these posts will be that I love these posts and though I may have shared these posts on earlier on my social network like Facebook, LinkedIn, twitter and Google+ etc, I want to share them again with readers of desi Traveler. So it is very subjective and purely personal .  A lot of these trips are my dream trips and  I thank each one of these travelers to share them on their blogs.

So without much more delay let us go  to my favorite posts from travel blogs around the world  ( with a clear bias towards India ) .

Also check this video he captured of the Lions in Gir

3.  Let us travel with a Little Girl to Uzbekistan : They say catch them young and the opportunities are endless. Well Sudha Ganapathi is one such traveler, who started dreaming about travel to the central Asian country of Uzbekistan when she was a little girl who was fascinated by blue domes that dot the city of Samarkand ( BTW Uzbekistan is the country from where the Mughals came to India )

The Blue Dome that fascinated a little girl

Finally Sudha got to travel to her Dear Uzbekistan recently and she has been kind enough to share her dream journey to Uzbekistan with  us not so lucky ones. Trust me you will not just like to read this post that l am linking to but her series on Uzbekistan that takes you to places like Nukus, Khiva, Bukhara, Shakhrisabz, Tashkent and, of course, Samarkand.  And if you are wondering if the famed Bukhara restaurant by ITC  Hotels is named after the city of Bukhara then you are right.

4. Imphal And The Beautiful Manipur: North East India is a destination that is my sore thumb, after a lovely trip to Sikkim many moons ago, I have never been able to go beyond Kolkata as far as my travels towards Eastern India goes. in all these years of my traveling. Hence the moment I see a blog post about North East, I read it, cherish the pictures So here is a post about Imphal and Manipur by Sonia Kundra Singh. Check this post for the beautiful lakes, history and cultural diversity of Manipur from the eyes of a traveler.

A lone fisherman in a picturesque lake – Khuga Dam

5.  San Jose Flea Market : It is an open secret we desis love Flea markets, so I loved reading this post about the San Jose Flea market , written by Hema. The other reason I liked this post is because it brings me back to my belief that to discover you need not always go to far off places, some times there are interesting gems right in your backyard.  That is exactly this Flea Market in San Jose is, it is full of colors, food and a lot of action as people look for bargains enjoy street food and just checking what is available. 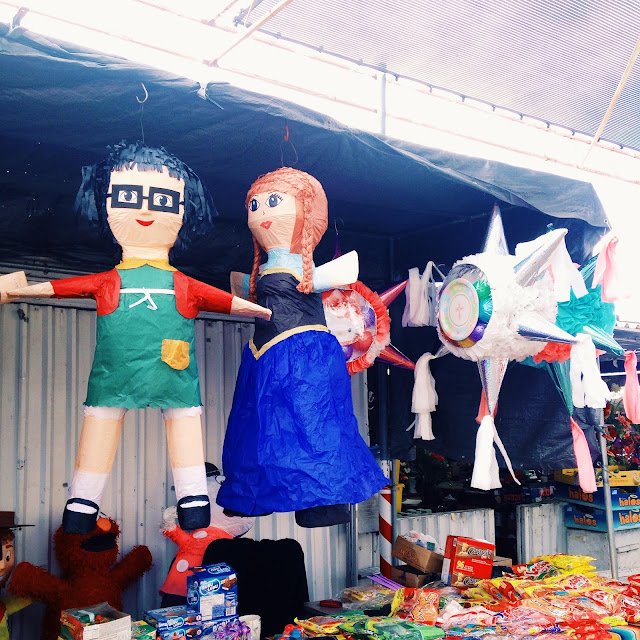 6. PAMUKKALE: TURKEY’S FAMED COTTON CASTLE  Now let us go to Pamukkale, with Natasha from Dubai as she showcases this surreal place, in Turkey but it could be in some fairy  tale also. Pamukkale, a UNESCO World Heritage Site is located at the site of Hierapolis, a Greek-Roman spa city that was built there due to its proximity to a hot spring, and all the castle and surroundings look as if made of pure white cotton, though they are of calcium deposits. 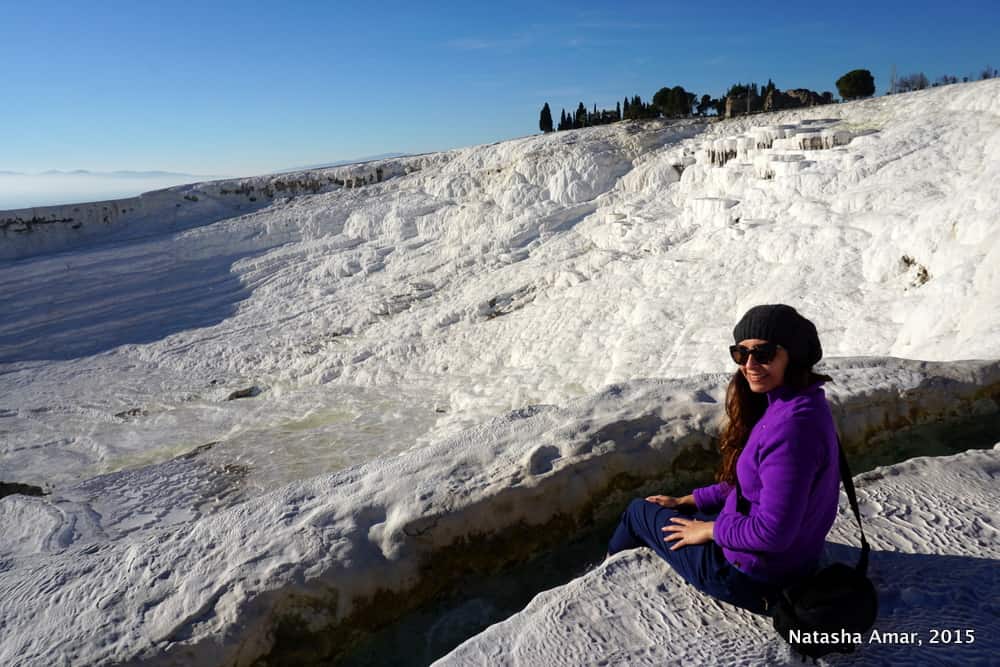 7. Evening Aarti on Godavari : I am sure most of you would know about Evening Aarti in Varanasi , that is performed every evening on the Ghats of Benaras. So it was pretty interesting to read the post by Nagini Kandala from Rajahmudry in Andhra Pradesh. While the rituals I am sure would be more or less same, what sets the Godavari Nitya Haarathi, different is that the stage is made in the water with spectators watching from the shore ( as it seems from the pictures ). The the other thing that sets the Godavari Nitya Haarathi is the two iconic bridges in the background of the Aarti Stage. 8. The Great Arab Revolt in Wadi Rum by Nisha Jha:  Well the revolt was the mother of all revolts and you can say it was the grandmother of all Arab Spring put together. Wadi Rum is the place which could be on Mars, though it is in Jordan and many a movie including the famous Lawrence of Arabia was shot here, as the original revolt on which the movie was based happened here.  The mythical city of Petra is not far where the Indiana Jones movie was filmed. When I visited Jordan, the actors were still rehearsing for this show that Nisha Jha participated. ( OK I am jealous of her ! I am human first, traveler second and blogger only third ).  Check this awesome post about the The Great Arab Revolt, and you will understand why I am jealous of her.

9. Ravan Reloded by Arvind Passey:  I did my post on Ravan making in Delhi last year, and visited the Ravan market Delhi this year also and did this post about Selfie of a Ravan Maker. But when I read the post on Ravan by Mr. Passey, I realized most of  us totally miss the point of celebrating Dussehra and making and burning of Ravan every year.  Ravan is not just a mythical character he symbolizes so many things, thoughts,  aspirations and even after thousands of years is still relevant. Read this awesome post by Mr. Arvind Passey where he reinterprets Ravan in his post:  Ravan Reloded for all of us. 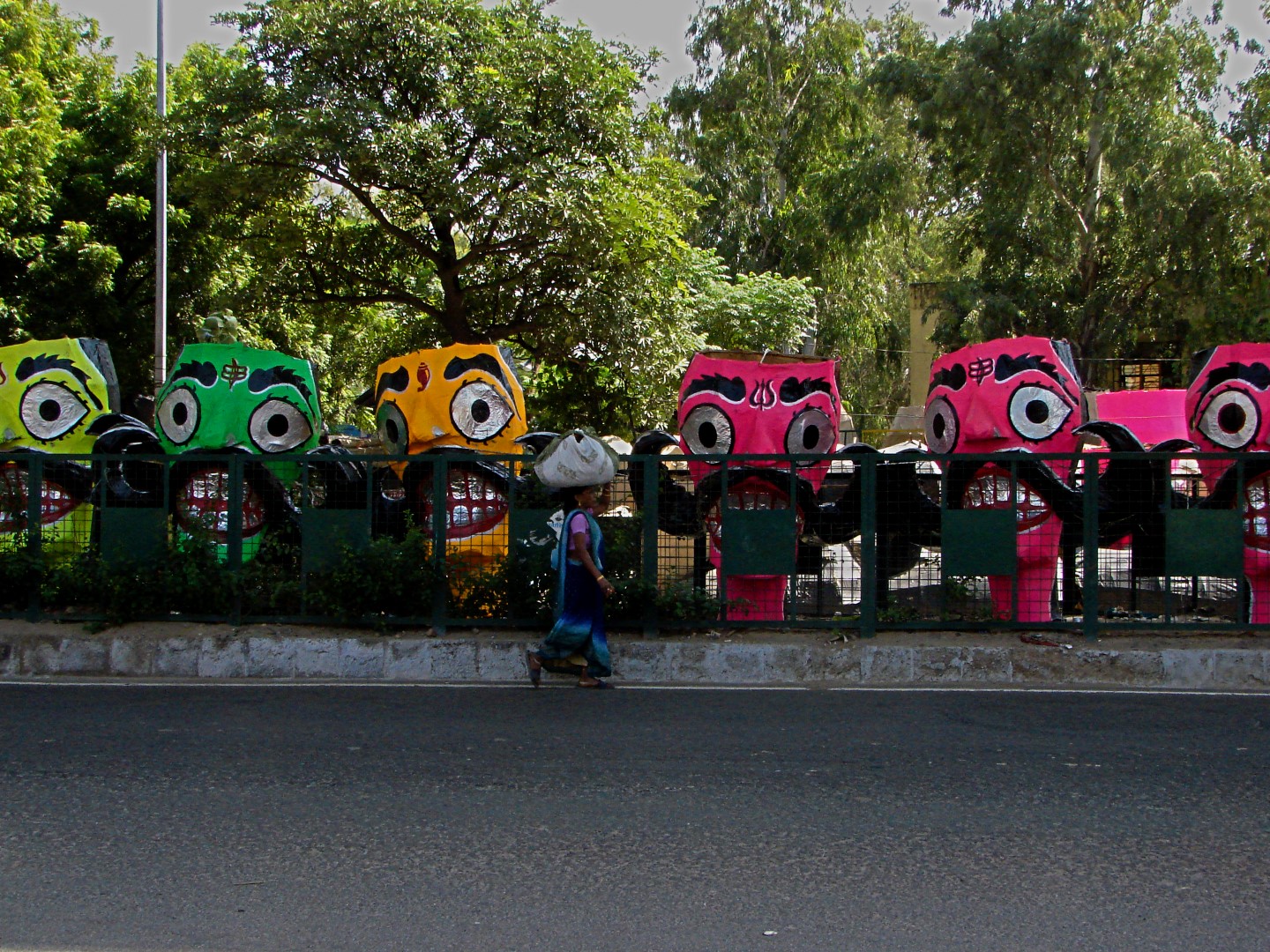 Today there are more Ravans per woman than there ever were

10.  Spanish Surprise by Amrita Das : Spain is one of those countries that have shaped world history and geography both. More people speak Spanish than most other languages ( roughly 500 million people around the world ). Then take its fusion of cultures from Arabic, Moorish and Spanish roots and you get a country like no other.  I have never been to Spain so far, so when I read this post about Spain by Amrita, an avid traveler I wanted to share with all of you. So go straight for your dose of Spanish Surprise by Amrita Das. This is more of an opening post and I would sure be back on her blog to read more about Spain.

So dear reader what do you have to say about desi Travel digest ? Do pay these bloggers a visit and leave a comment if you have time and follow them to read their future posts. Would you like to nominate any post  that you read in November anywhere on the net then please share it with me using the contact desi form or tag me on twitter.

But before we sign off, here is a post about the upcoming trip to Rajasthan led by my friend and awesome photographer Emanuele Siracusa who is from the famous town of Siracusa in Italy, but travels around the world to capture stories of people. If you know somebody who is interested in visiting Rajasthan to click its beautiful people, palaces, forts and sand dunes, you can get refer them to Emanuele who is conducting this tour with Darter. 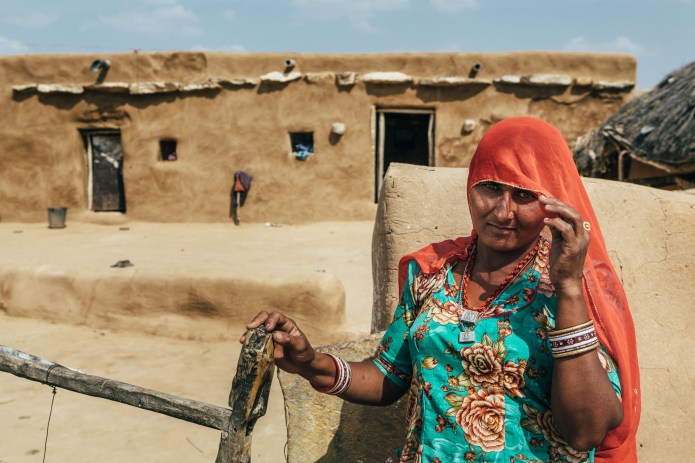 A picture clicked by Emanuele Siracusa