Indian trains have come a long way in terms of modernization and technology while retaining the mystery and joy of traveling to distant destinations in a leisurely way. Nothing can match the romance of a listening to the loud whistles of the engine as you pass through dark tunnels remembering the odd joke about trains and tunnels and wondering if any of those were true while rubbing your cheek?

Have you ever felt the sense of being a VVIP as your train passes a railway crossing in a mofussil, town where the only source of entertainment for the kids is to wave at passing trains?

Well, all that is great and the charms of Chuk Chuk gadee is still intact in spite of all the modernization attempts. But there is a lot we need to do to make our trains even better. E.g the Tatkal ticket booking is still a pain, the food in trains is far from being the best. The only saving grace is that in most of the Indian trains you have small vendors coming and serving local snacks ranging from fried peanuts to biscuits and Garam Chai to even the quintessential desi Indian Thali whose order is taken by the train pantry staff on the train. Choice in trains for food will have many benefits

The only exception is the Rajdhani, Shatabdi and Duranto trains where your meal is pre-booked by default and is served on your seats. I have a small problem with this, not only the food in trains like Shatabdi, Rajdhani, and Duranto, not the very best and almost always same, it deprives you of choice to say no to Train food or to order from third-party vendors like Travel Khana, Food Panda etc.

The other challenge with food in Shatabdi / Rajdhani / Duranto trains is that the food is prepared for all the people who booked tickets. Now as we know a lot of us in India are always on some kind of diet restriction ranging from medical to religious reasons like Ramazan to Karwa Chauth upawas.

What this means is that a lot of people may not actually eat the food on the train leading to wastage. Or even if we take the food we may not like the food and throw most of it after eating only a spoonful.

I was discussing this with, avid traveler and writer Alka Kaushik today morning on Facebook and we both kind of agreed that passengers in all trains should have a choice to say no to food and if they want to eat food in the Shatabdi / Rajdhani / Duranto train they can book it along with the ticket for an extra fee, just like they do it in the low-cost airlines. 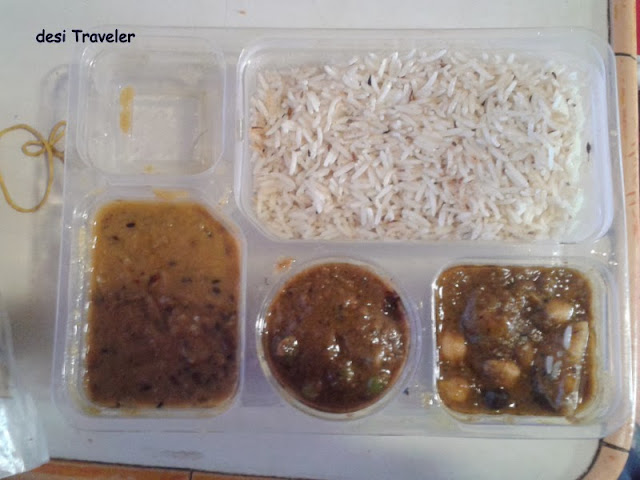 But as I am just a Chota mota, (not Chota and Mota ), travel blogger so I decided to harness the power or collective consciousness and request our Rail Minister Shree Suresh Prabhu to look at this at a policy matter and change the same. So long story short here is a small petition to Shree Suresh Prabhu to change policy and make food optional in Shatabdi / Rajdhani / Duranto trains.

Please sign the same, share it on your social network like Facebook, LinkedIn, twitter and Google+  so that all those who think that giving choice to book food in Shatabdi / Rajdhani / Duranto trains will lead to less food wastage and lower the cost of train tickets can read and sign the same.

Hopefully, the petition will be successful and reach the Rail Minister.:) 🙂 🙂  Once you have signed the petition you can also tag the honorable minister here on Twitter: Suresh Prabhu and on Facebook